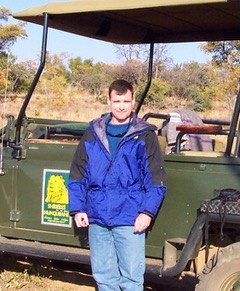 Captain Veazie was born in Washington D.C. Captain Veazie earned a Bachelor of Science degree in Marine Science from the University of South Carolina. He was commissioned in 1986. After commissioning he reported to Basic Underwater Demolition/SEAL training and graduated in Class 140. He is the former Executive Director of Joining Forces in the Office of the First Lady at the White House. 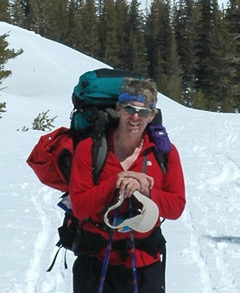 Mike is a veteran and former U.S. Army Reserve officer, serving from 1970 to 1976: instructor at the Northern Warfare Training Center, Black Rapids, Alaska, the Active Army's cold region and mountaineering training center. Mike’s 36-year career with the U.S. National Park Service, included: superintendent at Great Smoky Mountains, Sequoia and Kings Canyon, and Glacier Bay. Mike’s last post with the National Park Service was as superintendent of Yosemite National Park, retiring in 2009. Before becoming a superintendent, Mike served in six other national parks in positions from park ranger to chief of operations. After USNPS, Mike served as president of Yosemite Conservancy for six years raising funds for education, youth programs, and restoration projects at Yosemite. While attaining his business degree at the University of Washington, Mike was an alpine ski instructor. 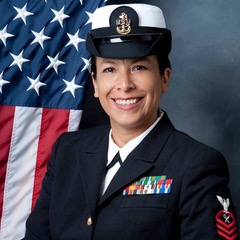 Virginia is a U.S. Navy Reserves veteran, Chief Petty Officer, and is the Research Librarian for Yosemite National Park. Virginia Sanchez enlisted in the U.S. Navy Reserve in April 1999. She served in Afghanistan as part of Operation Enduring Freedom in 2008. Virginia attained her Master's degree in Library and Information Science at the University of Arizona in 2004 and assumed the position of Research Librarian at Yosemite National Park in November 2014. She has a long track record in libraries of many types, from the Scientific and Technical Library at China Lake Naval Weapons Station to the public library in Avalon, Santa Catalina Island, Los Angeles, California. Upon her return from Afghanistan, she did a three-year stint as an Intelligence Analyst with the Department of Homeland Security. She has been a Director on the Executive Board of the Armed Forces and Federal Libraries interests groups for the American Library Association since 2010 and has numerous awards for her service. 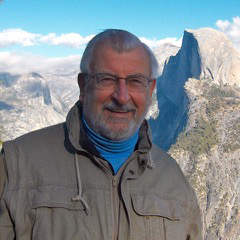 Dr. Adams is a retired internist, Major General in the Air National Guard/USAF and the Chairman of the Board at the Ansel Adams Galleries in Monterey and Yosemite. Dr. Adams is the son of photographer Ansel Adams. Dr. Adams received his M.D. from Washington University School of Medicine in St. Louis on the GI Bill and served at Andrews AFB. He completed his Primary Course in Aerospace Medicine at Brooks AFB in TX and reported as Flight Surgeon with the 36th Fighter Wing at Bitburg Air Base in Germany. He served as a Pilot/Physician combining flight medicine and his prior fighter pilot career by flying the F-4D as Aircraft Commander. During his medical career in private practice, Dr. Adams continued to serve in the California Air National Guard in Fresno as Flight Surgeon. He retired in 2000, after attaining the role of Deputy Surgeon General, USAF for ANG Affairs in 1991. 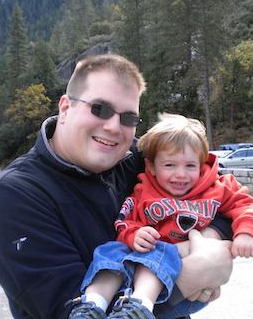 Adam Miller serves as Events Coordinator at UC Merced and manages all of the contracts associated with the seminar, which includes lodging, meals, and transportation. Without Adam, the infrastructure for course operations would not be in place. Adam brings in a varied background from serving as a police officer, a contracts officer for the National Parks Institute, to Director of the Merced Theatre Foundation at the Art Kamangar Center. Adam earned his Bachelors in Fine Arts, Technical Theatre Design from University of Cincinnati Conservatory of Music in 2005. 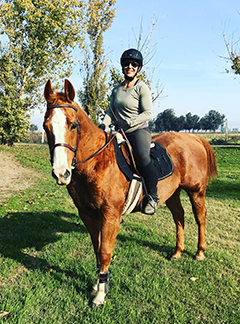 Amy is the Director of Marketing & Communications for Enrollment Management and Extension at UC Merced. She is in charge of getting the word out. Amy earned her B.A. from Fresno State University in Graphic Arts. Upon graduating she relocated to Los Angeles where she spent sixteen years working as a graphic designer and marketing director for a private university and as vice president of a full-service ad agency. As a native Mercedian, Amy returned to her hometown in 2012 and subsequently joined UC Merced as the Web Communications Manager. She led a small and talented web team that won the bronze award in 2015 for the redesign of the UC Merced website out of 250 plus submissions for Institutional Websites for the Council for Advancement and Support of Education (CASE). In 2018 Amy moved to Extension and Summer Session in a full-service creative role. She is excited to work for multiple departments whose efforts positively impact the local community. On a personal note, Amy's father was a veteran who served in the Navy as an engineer during the Korean War. She is heavily vested in supporting veterans through the Yosemite Veterans Education and Leadership Seminar. 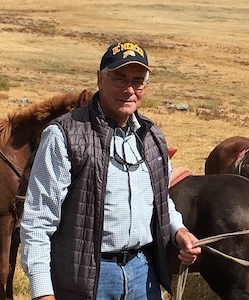 Steve Shackelton - is the Executive Director of the E & J Gallo Management Program and Academic Coordinator for UC Merced Extension. He spent a federal career from 1972 - 2012 in the U.S. Forest Service and National Park Service. From 2001 - 2010, he was the Chief Ranger of Yosemite. Steve has BS and MS degrees in Criminology from CSU Fresno and a Masters of Public Administration from University of Alaska.